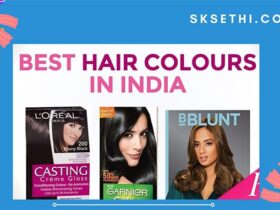 what is waste management ?

Water is most essential for life on earth. No known organism can live without it. Being a precious resource of nature, it should not contaminated, polluted and wasted for any reason. However, for centuries, water bodies has been used as a dumping ground for human sewage and industrial wastes.

The pollutants in domestic waste water arise from residential and commercial cleaning operations, laundry, food preparation, body cleaning functions and body excretions (i.e., urine and faeces). Normally, wastewaters are conducted to treatment plants for removing undesirable components which include both organic and inorganic matter as well as soluble and insolub e material. These pollutants, if discharged directly or with improper treatment, can interfere with the se fcleaning mechanisms of water bodies such as the Ganga river.

The capacity for self-cleaning is due to the presence of relatively small numbers of different types of micro-organisms in the water bodies. These micro-organisms, use as food, much of the organic pollutant and break them down into simple components such as carbon dioxide and methane, and micro-organisms produce new cells also.

But often, either a pollutant does not degrade naturally or the sheer volume of the pollutant discharged is sufficient to overwhelm the self-cleaning process. Also, the microbial population can be destroyed by toxic wastes build-up and reach levels that would be high enough to prevent re-establishment of a microbial population. The water quality of a water body, thus, becomes permanently degraded.

What does waste water contain ?

The waste water from your home contains used water made up of soap, food particles, toothpaste, bits of paper, strands of hair, traces of oil, dust, urine and human excreta. During monsoons, rainwater also gets into the drains and adds silt, pebbles, leaves and other plant materials to the waste water. The waste water flowing through the
drainage pipes is called sewage.

Household sewage contains organic waste materials like human excreta, urine and food particles. These wastes provide nutrients for microorganisms. If sewage water is released into a lake or river, micro-organisms like bacteria, fungi and algae grow in large numbers. These organisms obtain nutrients by decomposing organic waste. To decompose waste, micro-organisms use oxygen dissolved in water.

Every city and town produces a huge amount of sewage. Can we let sewage water directly flow into rivers and oceans? If sewage water is allowed to directly flow into water bodies, it would pollute these sources. Such water from lakes and rivers will not be suitable for human consumption or for growing crops. It will also harm all kinds of plants and animals living in these waters.

WHAT YOU SHOULD DO TO CONTROL SEWAGE :

Following are a few measures that you can adopt to control generation of sewage:

How is waste water treated in a sewage treatment plant ?

Waste water is treated using a series of physical and chemical treatments.

Removal of large solids from the sewage

The sewage reaches a sewage treatment plant through a network of pipes. The waste water is made to pass through screens which separate solids such as pieces of stones, wood, plastics, glass and metal.

Sedimentation of waste from water

After passing the waste water through the screens, it is transferred to large tanks where it is allowed to settle for 8-12 hours. During this period, most of the organic waste such as human excreta settles at the bottom of the tank. This type of waste is called sludge. Sludge is a watery mixture of organic waste.
The sludge from the settlement tank is shifted to another tank called the digester where it is converted into manure or burnt and used as landfill.

Now the waste water is transferred to a large tank where the decomposed waste settles at the bottom. These tanks too are called sedimentation tanks. After allowing enough time for the solids to settle, the waste water is drained out from the tanks. At this stage, most of the solid substances from the water are removed.
The water is then shifted to a tank where it is treated with chlorine to kill all the microorganisms present in the waste water. The dirty water that was brought to the sewage treatment plant is now absolutely clean and can be used to cultivate crops, maintain large gardens and manufacture goods in industries.
The water can also be discharged into oceans, rivers and lakes or used to recharge groundwater.

Many villages in our country are still not connected to a common sewage treatment plant. In such places, a septic tank is used to treat household sewage. A large concrete tank is built under the ground with inlet and outlet pipes attached to it. The inlet pipe carries the household sewage to the tank. The solid matter from the sewage settles at the bottom of the tank. Bacteria present in the tank decompose

Lack of sanitation can spread diseases

Many people in our country do not have access to sanitation facilities. They use open places such as ailway tracks, fields, dry river beds and

the solid waste. The excess water flows out of the tank through the outlet pipe into the soil. The decomposed solid matter must be removed from the tank periodically.
A septic tank, is an onsite mini sewage treatment plant. It is suitable for places having sandy soil, as the outlet pipe gets blocked in clayey soil. A cluster of four to five houses can install and maintain a common septic tank. With a few modifications, a septic tank can be converted into an efficient biogas plant.

playgrounds to defecate. Human excreta left on the land can contaminate water sources like rivers, lakes, ponds and even groundwater. The contamination can cause water-borne diseases such as cholera, typhoid, hepatitis and dysentery.
In some towns and cities, there are open drainage systems. An open drainage system is a health hazard. It is not only a breeding place for ‘ mosquitoes and flies but also spreads water-borne diseases and contaminates water sources during monsoons. 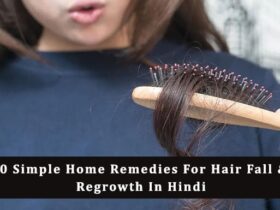 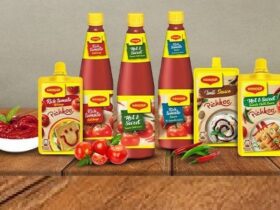